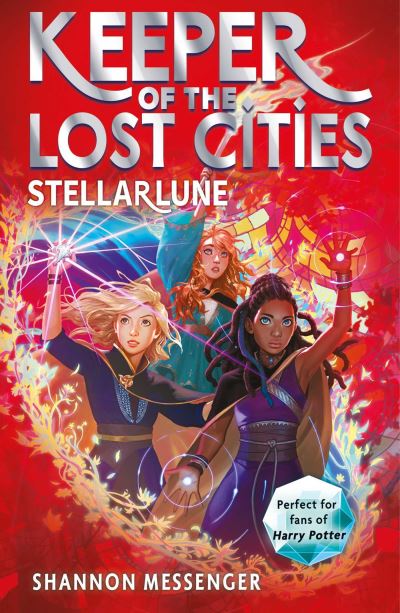 In this stunning ninth book in the New York Times bestselling Keeper of the Lost Cities series, Sophie and her friends discover the true meaning of power - and evil.  Sophie Foster changed the game.  Now she's facing impossible choices: When to act.  When to trust.  When to let go.  Her friends are divided and scattered, and the Black Swan wants Sophie to focus on their  projects. But her instincts are leading her somewhere else. Stellarlune -  and the mysterious Elysian -  might be the key to everything. But finding truth in the Lost Cities always requires sacrifice. And as the Neverseen's plans sharpen into terrifying focus, it appears that everyone has miscalculated. The Lost Cities' greatest lie could destroy everything. And in the battle that follows, only one thing is certain: nothing will ever be the same.  Books in the Keeper of the Lost Cities series: Keeper of the Lost Cities Exile Everblaze Neverseen Lodestar Nightfall Flashback Legacy Unlocked