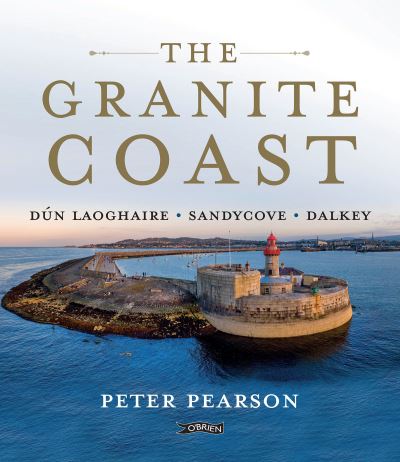 Explore Dún Laoghaire and its coastal surroundings with local painter, historian and writer Peter Pearson as he reveals the story behind its transformation from rocky granite shoreline to grand Victorian 'watering place'. Peter Pearson is a Dún Laoghaire man, familiar with every brick and stone of the harbour and town. Here he traces the social, historical and architectural development of Dún Laoghaire, Sandycove and Dalkey, from a stretch of granite coastline with a small fishing village up to the present day. Pearson tells the story of a harbour designed to be a refuge from storms. Begun in 1816, and built in Dalkey granite, it is one of the most attractive artificial harbours in the world. It witnessed one of the world's first lifeboat services, the fastest mail and passenger boats of the day, and the arrival of the first railway line in Ireland. Pearson also examines the social dimension, from the early settlement and development of houses and villas, with evocative names like Sorrento and Vico, to the slum alleys of Kingstown and the first council housing. With over 250 illustrations, including early maps and many previously unseen photographs and images, this is a fascinating journey through the history and heritage of Dún Laoghaire, Sandycove and Dalkey. Praise for Peter Pearson's Decorative Dublin: 'Beautifully illustrated . contains endless riches.' The Sunday Tribune '[Pearson] writes with enthusiasm and knowledge about his subject.' Frank McDonald, The Irish Times 'Pearson's is an infectious passion.' Books Ireland