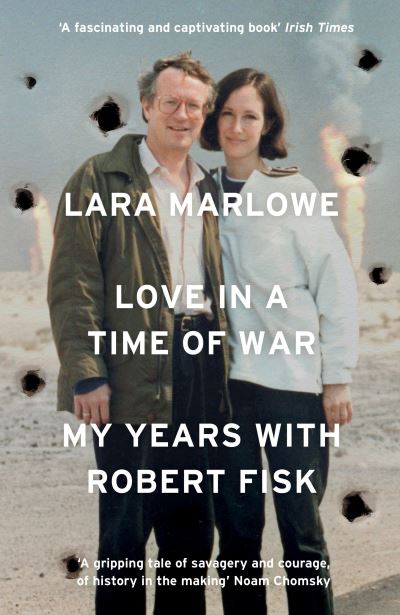 Love In A Time Of War P/B

The Irish Times bestseller 'A gripping tale of savagery and courage' Noam Chomsky 'Fascinating and captivating' Irish Times 'A beautiful book... Full of pain and longing but also joy, adventure, and excitement' Janine di Giovanni 'A superb account of the life and work of the best reporter I have ever known' Patrick Cockburn When Lara Marlowe met Robert Fisk in 1983 in Damascus, he was already a famous war correspondent. She was a young American reporter who would become a renowned journalist in her own right. For the next twenty years, they were lovers, husband and wife and friends, occasionally angry and estranged from one another, but ultimately reconciled. They learned from each other and from the people in the ruined world they reported from: Lebanon, torn apart by a vicious civil war as well as Israeli and Syrian occupations; Iran, where they were the only journalists to interview the Middle East's chief hostage-taker and dispatcher of suicide bombers; the Islamist revolt that claimed up to 200,000 lives in Algeria; the disintegration of former Yugoslavia and two US-led wars on Iraq. This is at once a portrait of a remarkable man, the story of a Middle East broken by its own divisions and outside powers, and a moving account of a relationship in dark times.