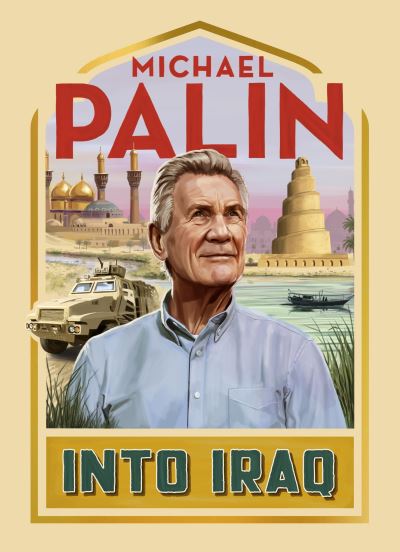 In March 2022, Michael Palin travelled the length of the River Tigris through Iraq to get a sense of what life is like in a region of the world that once formed the cradle of civilisation, but that in recent times has witnessed turmoil and appalling bloodshed. In the journal he kept during his trip he describes the war-ravaged city of Mosul and the children he encounters growing up amid its ruins. He contemplates the graffiti-strewn ruins of Saddam Hussein's former palaces, and he notes the constant presence of armed guards. But there are patches of light amid the dark: boisterous New Year celebrations in Akre, the friendliness of generals and colonels at 'Checkpoint Cheerful', and public poetry readings in Baghdad. People getting on with their lives. At the same time, Michael charts the course of one of the great rivers of the world, showing how the water that gave life to such ancient settlements as Babylon and Ur is now becoming a scarce and hotly contested resource. And he considers the role that Iraq's other great natural resource - oil - plays in both providing wealth and threatening political stability. Illustrated throughout with colour photographs taken on the trip, and permeated with his warmth and humour, this is a vivid and varied portrait of a complex country.